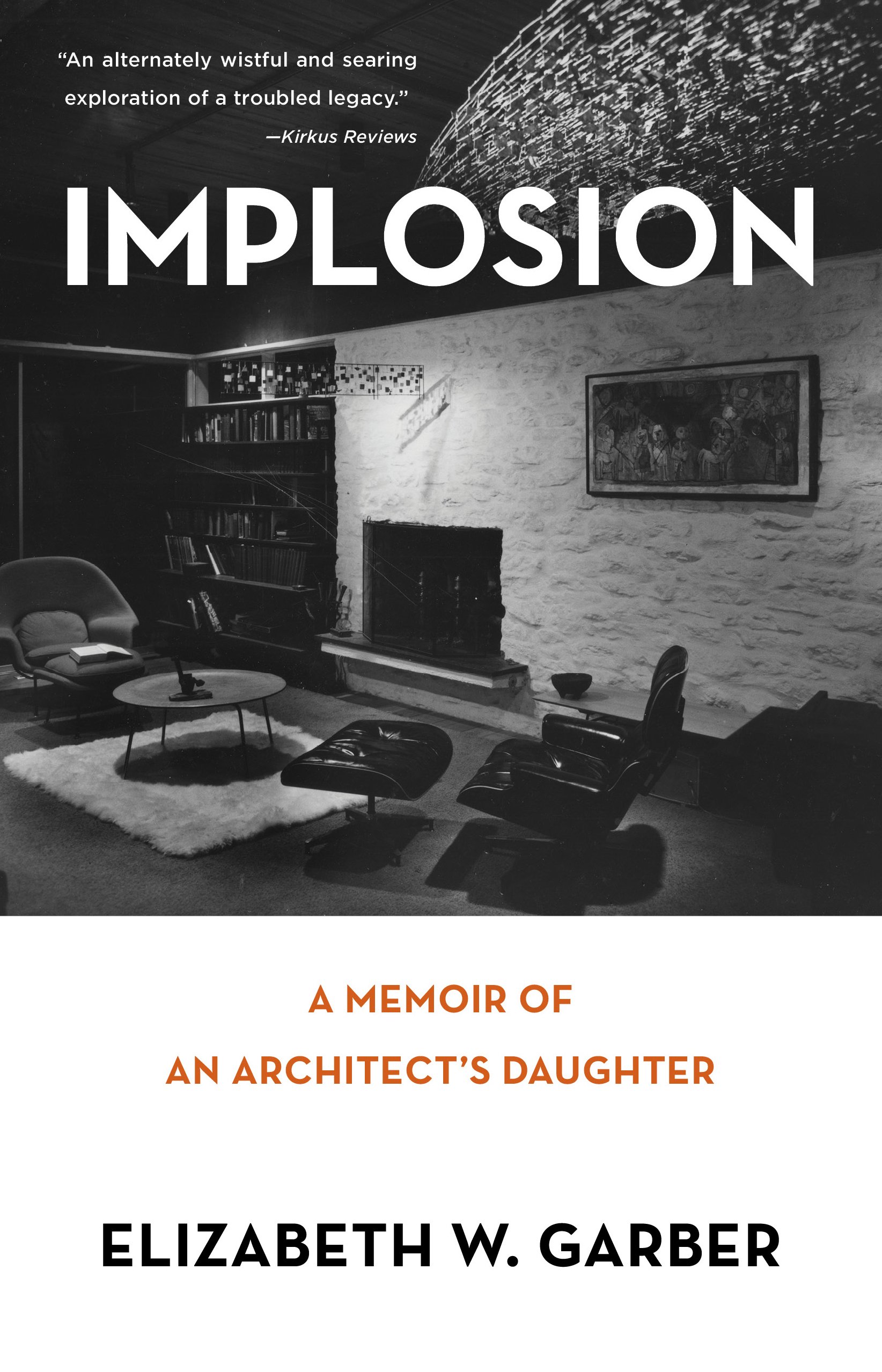 Please join Elizabeth Garber as she talks about her memoir, Implosion: A Memoir of Architect's Daughter.

What could be cooler, thinks teen Elizabeth Garber in 1965, than to live in a glass house designed by her architect dad? Ever since childhood, she’s adored everything he loves―his XKE Jaguar, modern art, and his Eames black leather chair―and she’s been inspired by his passionate intensity as he teaches her about modern architecture. When Woodie receives a commission to design a high-rise dormitory―a tower of glass―for the University of Cincinnati, Elizabeth, her mother and brothers celebrate with him. But less than twenty years later, Sander Hall, the mirror-glass dormitory, will be dynamited into rubble.

Implosion: Memoir of an Architect’s Daughter delves into the life of visionary architect Woodie Garber and the collision of forces in the turbulent 1970s that caused his family to collapse. Soon after the family’s move into Woodie’s glass house, his need to control begins to strain normal bonds; and Elizabeth’s first love, a young black man, triggers his until-then hidden racism. This haunting memoir describes his descent into madness and follows Elizabeth’s inspiring journey to emerge from her abuse, gain understanding and freedom from her father’s control, and go on to become a loving mother and a healer who helps others.

Elizabeth W. Garber's book, Implosion: A Memoir of an Architect's Daughter, will be released in June 2018. Her three books of poetry are True Affections: Poems from a Small Town (2012), Listening Inside the Dance (2005), and Pierced by the Seasons (2004). Three of her poems have been read on NPR by Garrison Keillor on The Writer's Almanac, and her poem "Feasting" was included in his Good Poems for Hard Times. Elizabeth Garber collaborated with painter/photographer Michael Weymouth, combining her poetry and essays with his paintings and photographs to create Maine (Island Time) (2013). She was awarded writing fellowships at Virginia Center for Creative Arts and Jentel Artist Residency Program in Wyoming.

Elizabeth Garber studied Greek Epic in the Mythology and Folklore Department at Harvard, received a BA from Johns Hopkins, a MFA in creative non¬fiction from University of Southern Maine's Stonecoast Masters Program, and a master's in acupuncture from the Traditional Acupuncture Institute. She has maintained a private practice as an acupuncturist for over thirty years in midcoast Maine, where she raised her family.