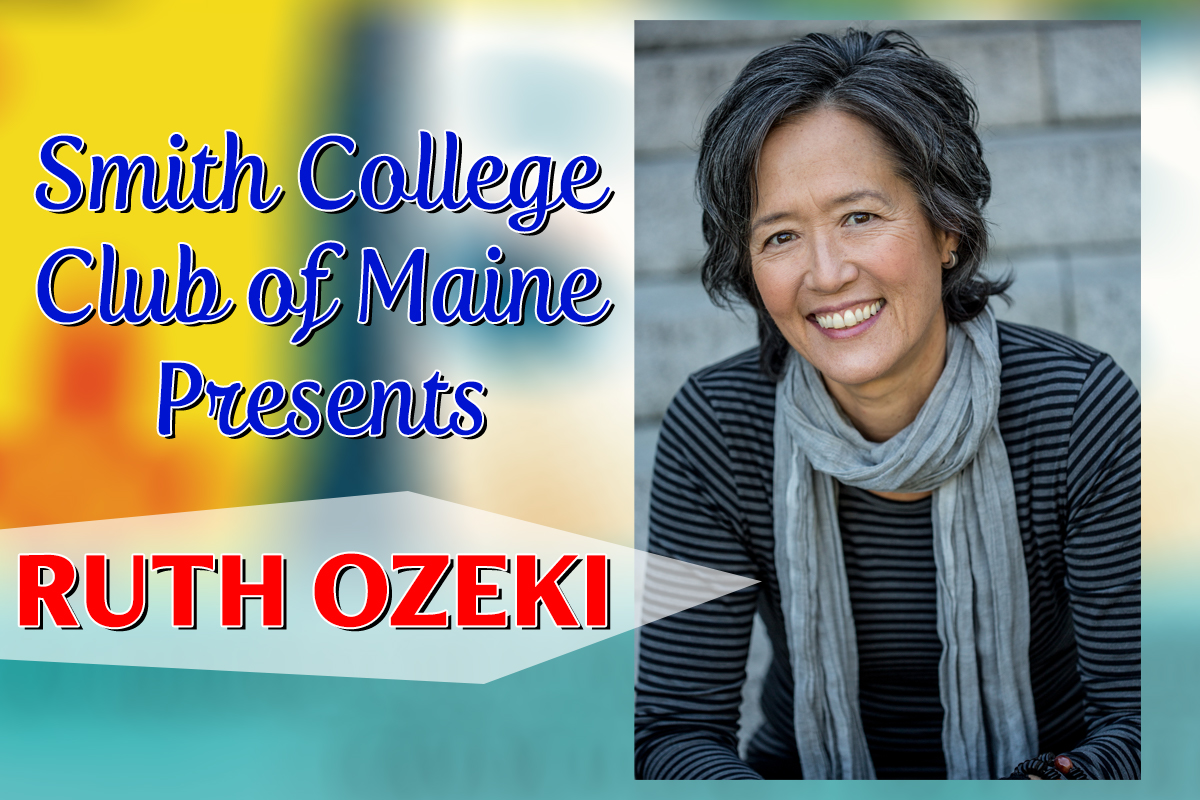 Due to Smith College advising faculty to refrain from all non-essential domestic travel, the library will not be able to host the program, Smith College Club of Maine presents Ruth Ozeki, this Saturday, March 14th. We are hoping to re-schedule this event for a future date. Please stay tuned.

Ruth Ozeki is an award-winning author, filmmaker and Zen Buddhist priest whose novels have garnered international critical acclaim for their ability to integrate issues of science, technology, environmental politics, philosophy and global pop culture into unique hybrid narrative forms. Her best-selling novel A Tale for the Time Being (2013) won the Los Angeles Times Book Prize and was shortlisted for the 2013 Man Booker Prize and the National Book Critics Circle Award; it has been translated and published in more than 35 countries. Her earlier novels, My Year of Meats (1998) and All Over Creation (2003), were both New York Times Notable Books. Her latest book, The Face: A Time Code, is a memoir, which was published in 2016 by Restless Books.

After graduating from Smith in 1980 with degrees in English literature and Asian studies, Ozeki received a Japanese Ministry of Education fellowship to do graduate work in classical Japanese literature. While in Japan, she also studied Noh drama and mask carving, founded a language school and taught on the faculty of Kyoto Sangyo University. She returned to New York, where she started a film career, working first as an art director for low-­budget horror movies, and later as a television documentary director for Japanese television. Her award­-winning independent films, Halving the Bones (1995) and Body of Correspondence (1994), have shown at Sundance and on public television.

A longtime meditator, Ozeki was ordained in 2010 as a novice priest in the Soto Zen lineage. She and her husband, environmental artist Oliver Kellhammer, divide their time between Northampton, New York City and Whaletown, British Columbia. In 2006, Ozeki returned to Smith to receive an honorary doctorate in humane letters, and she is very happy to be back again, this time to teach creative writing and to work on a new novel.